© gofra / Shutterstock
Ecovis Global > Tesla’s Next Super Factory: What Does This Mean for China?
Share >

Tesla’s Next Super Factory: What Does This Mean for China?

Where will Tesla’s second super factory be located? This question has, once again, attracted attention worldwide.

In January, Elon Musk declared that this year he would announce the location of Tesla’s fifth super factory. Tesla currently has two local super factories, in Nevada and New York, as well as two overseas super factories in Shanghai, China and Berlin, Germany.

China is Tesla’s second largest market and the fastest growing region. Naturally, the benefits of local manufacturing are enormous, and over the past year many cities have thrown olive branches to Tesla, hoping to be chosen as the location of its next super factory.

Before the epidemic completely dissipates, the integrity of China’s supply chain should be Tesla’s top priority. Whether Tesla will choose China for its next super factory has attracted extensive attention around the world.

What Does Site Selection Focus On?

There are three key factors to consider regarding selection of Tesla’s next super factory location:

Obviously, Tesla may choose to build a second factory in China following its experience with the Shanghai Super factory. That is, the closer it is to the local market, the more favorable it is for production; At the same time, localized production is more conducive to enterprise cost control. However, the problem behind this is that Tesla’s production capacity has begun to lag behind its sales.

At present, Tesla has only one factory in Shanghai, China, and the production capacity of this factory not only serves the local market, but also takes into account the needs of other markets in Europe and Asia. In order to meet the growing demand in Europe, Tesla announced at the end of 2019 that it would build a super factory with an annual capacity of 500,000 vehicles in Berlin, Germany. However, it was not until recently that the Berlin plant was officially put into operation.

When considering the two overseas factories in Shanghai and Berlin, it is not difficult to see that the cultivation and demand of the local new energy vehicle market and the convenience of import and export, are also two important factors for Tesla in choosing the location of its factory. Therefore, combined with the geographical advantages of export and the support of the industrial chain, a port city close to the coastline may be the first choice.

Competing to be Tesla’s next Super Factory Location

According to the public reports in the past year, cities including Wuhan, Zhengzhou, Guangzhou and Qingdao may strive to win the bid to be Tesla’s second factory in China.

There was also speculation about other cities being the possible chosen location, including Beijing, Xi’an, Chongqing, Hefei, Jinan and Shenyang, but at present it is difficult to infer who is in the running.

As is the general trend of the “Double Carbon” era, the new energy industry has always been an important aspect of urban industrial competition. The arrival of leading enterprises can better drive the industrial, tax, export and upstream and downstream supply chains.

Taking Shanghai as an example, Tesla’s factory in China will not only directly benefit Chinese consumers, but also have a far-reaching impact on domestic electric vehicle enterprises and upstream and downstream supply chains. Tesla’s production in Shanghai has largely promoted the current pace of domestic research and development (R & D). At the same time, a new Tesla factory in China will also produce batteries, and its battery and other parts partners may also upgrade the industry.

Of course, more importantly, whether Tesla is settled or not, efforts to build a new energy industry matrix, and cultivate more competitive new energy vehicle enterprises, has become the consensus of urban industrial competition.

Let Tesla enter the local market as a motivator, not simply to enrich the local industrial structure and drive the development of upstream and downstream supply chain, nor to take away more resources and market share, but to maintain the vitality of the whole industry and drive benign competition. This is, perhaps, what most cities ultimately wish to achieve. 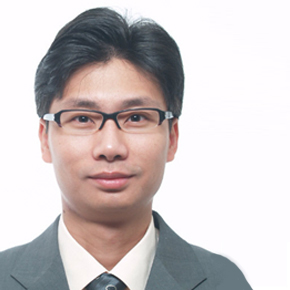