Changes to be navigated by Ecovis UK over the coming years

ECOVIS Wingrave Yeats recently registered as a non-US registered firm with the Public Company Accounting Oversight Board (PCAOB) in order to ensure that our UK audits meet the needs of all stakeholders in future.

Luckily, we have a culture of embracing change at Ecovis in the UK because it looks like it could be a busy few years ahead. The PCAOB is an organisation that is going through significant change itself, so it is comforting to know we can lean on Marcum for support to ensure that we are fully compliant with the PCAOB’s standards and rules. The changes that are likely to arise in the UK audit market, however, are something that we will have to manage ourselves.
Primarily as a result of some high-profile corporate failures, several reviews are being undertaken to ensure that UK audits meet the needs of all stakeholders in future. The reviews being undertaken are as follows:

Most of these reviews are expected to be completed by the end of 2019 or early 2020 with clear guidance on the changes to be issued, but at the time of writing we have had an update paper from the CMA, the recommendations from the Kingman Review and the publication of the BEIS Select Committee report. Some of the key announcements are as follows: 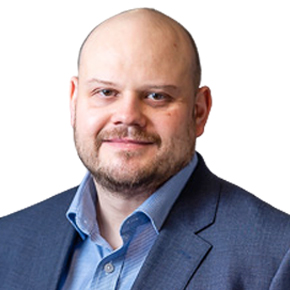 The British audit market will be facing massive changes in the years to come. We at Ecovis have already introduced all the measures necessary to ensure that we can continue to perform audits meeting the highest standards in the future.

The recommendations have met with mixed responses from the profession and it is likely that there will be changes and developments over the coming months. But what is clear is that change is coming and it is time to embrace the change and find the opportunity.