Possible Complications from Lower Corporate Tax in the United States

With the US tax reform, the corporate tax rate was lowered to 21%. That sounds good, but what are the collateral issues for inbound investment?

Tax reform in the Unites States has reduced the federal corporate income tax rate from 35% to 21%, however exclusive of state and local taxes. This rate may be reduced even further under the new Foreign Derived Intangible Income (FDII) rules, which incentivise US corporations to export goods and services. The result is a federal corporate income tax rate of 13.125% (increasing to 16.4% in 2026).

Under the US Controlled Foreign Income (CFC) regime, non-US entities controlled by US taxpayers may have their income picked up on a current basis in the US without allowing for the customary deferral that would come from operating in subsidiary form. These rules already exist in many countries, but the newest Anti-Tax Avoidance Directive (ATAD II) is pushing such a regime throughout Europe. One of the hallmark features of a CFC regime is to tax the controller of a controlled corporation for certain income (usually passive) if the income tax rate for the subsidiary is deemed to be too low. The new federal income tax rates discussed above may cause some US corporations to be treated as “low-taxed” for purposes of a parent country’s CFC regime. 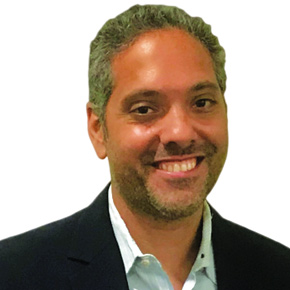 “Foreign investors should review their global structures in view of the US tax reform and its implications.”

For example, to avoid potential CFC issues in Mexico, the non-Mexican subsidiary must be taxed at a rate greater than 75% of the Mexican corporate income tax rate (which is 30%). Therefore, a US subsidiary of a Mexican parent whose effective tax rate is below 22.5% (i.e., 75% * 30%), may find itself subject to Mexican CFC rules. This can occur if the US company is not subject to state tax or if the FDII regime has sufficiently reduced the effective tax rate in the US such that, even with state and local income tax, the effective rate is below 22.5%.

Another example would be Germany. Certain passive income can be subject to the German CFC rules if the effective tax rate on such income is below 25%. Again, a US subsidiary of a German corporation could conceivably have an effective tax rate, including state and local taxes, of below 25%, even if it does not avail itself of the lower federal income tax rate afforded to exporters through the FDII regime. In such a case, certain income of the US subsidiary could be subject to immediate tax in Germany, explain the Marcum experts.

While there are other countries with CFC rules for which the US corporate federal income tax rate could be implicated – and ATAD II will only increase the number of countries with a CFC regime – the above examples should prove the point that inbound investors need to undertake a holistic review of their global structures in light of the US tax reform.

Marcum LLP is a national accounting and advisory firm headquartered in New York City, with offices throughout the US as well as Grand Cayman, China, and Ireland. It is an associated partner of ECOVIS International.