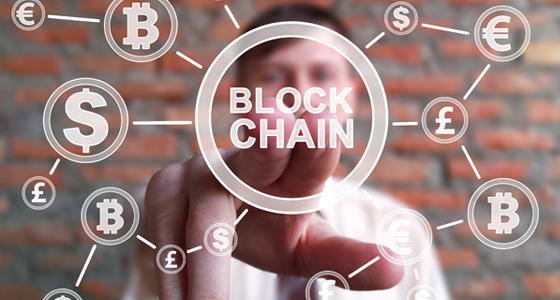 Lithuania has become one of the first countries in the world responding to the impact of the cryptocurrencies on financial markets. After long internal discussions, the Lithuanian State Tax Inspectorate’s (LR VMI) announced a commentary about the operations related to the taxation of cryptocurrencies’ turnover and it will undoubtedly add more clarity to the application of the tax laws to activities related to cryptocurrencies, ICO and tokens.

Cryptocurrencies and their blockchain technology have encouraged the growth of companies with ICO’s funding schemes. “However, in order to succeed in business based on financing from cryptocurrencies, a clear legal framework for cryptocurrencies is needed, and first and foremost, on the tax matter, which so far is lacking in many countries. Lithuania’s timely response to the change is an example to the rest of the world, which indicates that we are on the right way”, says Kęstutis Kvainauskas, attorney at law of ECOVIS ProventusLaw, a law firm, specializing in financial markets.

The explanation provided by the LR VMI consists of a sufficiently detailed description of the situations related to the application of the provisions of the Law on Corporate Income Tax and Law on Income Tax of Individuals, when incomes are recognized as taxable, what documents can justify incomes and expenses and etc. The explanation also provides information on certain tokens issuance models, as well as on the peculiarities of the VAT application.

Cryptocurrencies must be included into accounts
Speaking about cryptocurrencies, we usually talk about the most famous – bitcoin, ethereum, ripple, litecoin, NEM, Monero and others. According to the Tax Inspectorate of the Republic of Lithuania, from the tax point of view, cryptocurrency will always be considered an instrument that will be analogous to its characteristics to described cryptocurrencies. In some cases, from the taxation point of view, some other instrument (e.g. certain type of tokens) also can be recognized as a cryptocurrency. It needs to be noted that from the point of view of the Law on Corporate Income Tax and Law on Income Tax of Individuals, by the content and economic significance of the transactions carried out, the cryptocurrency is recognized as short term asset that can be used as a payment instrument for goods and services or held for sale, meanwhile for the purposes of VAT, cryptocurrency is considered to be the same currency like the euro, dollar and etc. The explanation provided by the LR VMI is also useful because it revises different types of tokens issued within the ICO: security tokens, utility tokens, and the third possible kind of tokens it is such tokens which we cannot consider nor as securities (financial), nor as utility tokens.

The ECOVIS Audit Partner in Lithuania, Aidas Ramanauskas, points out that when assessing to which kind of type token belongs, the specific token characteristics described in the white papers are evaluated. If the Bank of Lithuania recognizes a token as a security, such a token will be treated as a security for tax purposes, but possible situations in which, even if the Bank of Lithuania does not recognize a token as a security, such a token may still be considered a security from the point of view of all or only particular taxes. LR VMI points out that tax activities related to cryptocurrencies and tokens must be registered in the accounts in the form of euro. The fact is that there are no legal regulations regulating the relation between cryptocurrencies (or tokens) and euro exchange ratio, which is a relatively a risk, because the rate of cryptocurrencies or tokens can fall very significantly during a very short period of time.

As far as the application of the Law on Income Taxes of Individuals is concerned, it should be noted that the cryptocurrency is an asset, therefore, when incidental sales revenue of a cryptocurrency is received, it is taxed as an income of the sale of other asset or as an income of another transfer of ownership of property. An important aspect for residents who engage in cryptocurrency related activities, but this is not their permanent activity, is that the cost and/or prime cost difference associated with the sale of such cryptocurrencies in a calendar year up to a maximum amount of EUR 2,500 is not subject to income tax for individuals in Lithuania. Interestingly, residents can provide cryptocurrency mining services to other people using their own technical equipment (e.g. lease, etc.) and/or using the service provider’s equipment, etc. For the purpose, in cases where residents provide cryptocurrency mining services, residents are considered to be carrying out individual activity in the context of the Law on Income Tax of Individuals.

The LR VMI also explained that the mining of the cryptocurrency should also not be subject to VAT, since no services and goods are provided during the process.

“A clear explanation of the tax aspects of ICO, cryptocurrencies and tokens undoubtedly increase Lithuania’s ability to attract even more attention from financial technology investors,” says auditor Aidas Ramanauskas. He adds that the explanation provided by the LR VMI allows existing companies and individuals to understand more clearly the cases, when it is necessary to pay the taxes, as well as other tax-related issues.

Lithuania is among the first in the field of clarification of the taxation of cryptocurrencies
Undoubtedly, the explanation given will not cover all possible future situations related to the activities of cryptocurrencies, but considering the scope of the explanation given, Lithuania is considered to be one of the countries having the most clearly regulated cryptocurrencies and related issues. This is also the result of a survey conducted by the ECOVIS tax, business and legal advisory network operating in 70 countries around the world. The data obtained during this survey shows that only in 30% of the countries there is at least somewhat clearer regulation of the cryptocurrencies‘ taxation. Some countries treat them as currencies like Estonia or Italy, others as intangible assets or securities. The Australian Government takes the view that activities related to cryptocurrencies are subject to income taxes, while, on the other hand, the Australian tax authorities have no unanimous and definitive views on how to assess cryptocurrencies in terms of taxation.

The results of the survey showed that ECOVIS network consultants are the most sought-after inquiries due to the tax and it‘s planning aspects, and is often asked for advice in the matter of investment, business start-ups and the activities of the crowd funding platform operator. Attorney at Law K. Kvainauskas, in assessing both the information received during the survey and the explanation provided by the LR VMI, believes that it is definitely a huge advantage that Lithuania, having such an explanation, has not joined a list of states, which prohibit activities related to cryptocurrencies. Such countries include Ecuador, Bolivia, Bangladesh, Kyrgyzstan. Because of clarity in the tax issues related to cryptocurrencies, Lithuania is prime among countries who understand that blockchain technology undoubtedly has significant impact on many branches of business – banking, health, insurance and real estate, and is among those countries that are working as quick as possible to respond to ongoing processes in the world. 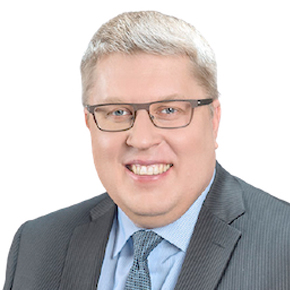