It is a common misconception that where heads of terms are agreed upon, they do not give rise to a legally enforceable contract. There are numerous examples of where heads of terms may be agreed, but they are not intended by the parties to have legal effect. However, it would be incorrect to assume that this can never be the case. It all depends on what is agreed, the intention of the parties and whether what has been agreed is sufficiently certain to be legally enforceable.

The recent High Court decision in Abberley v Abberley [2019] EWHC 1564 (Ch) is a useful reminder of the law on this issue.

In what circumstances can this issue potentially arise?

This claim arose in the context of a mediation of a dispute between family members regarding their respective claims to a farm. The mediation agreement stated that any settlement reached would not be binding unless and until it had been recorded in writing and signed by, or on behalf of, the parties.

The parties agreed a settlement in principle and the mediator prepared a draft settlement agreement recording the terms. Unfortunately, due to an unexplained IT issue, the draft agreement was deleted before it was printed and it could not be recovered. The mediator took the decision to write out heads of terms by hand. The terms were read out to the parties and the document was signed by the mediator and the parties’ legal representatives. The document was headed “heads of terms” and dated, but it was silent as to whether or not it was intended to be binding on the parties to it.

Following the conclusion of the mediation, various additional points were raised not recorded in the heads of terms and the drafting of the final settlement agreement stalled. After some months, the solicitors for the defendant sent an email confirming that they were no longer instructed and intimated that the defendant did not consider the heads of terms to be binding.

What are the issues to be considered by the court in determining if there is a contract? 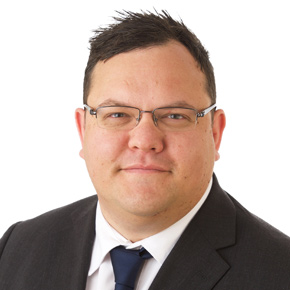 “Heads of terms agreed during a mediation can also be legally enforceable. The parties should bear this in mind and seek appropriate advice.”

The legal principles to be applied by the court in making that determination were not in dispute. His Honour Judge Jarman QC referred to the principles articulated by Lord Clarke in RTS Ltd v Molkerei Alois Muller Gmbh [2010] 1 WLR 753.

The judge further held that the fact that a more formal document is contemplated does not automatically lead to the conclusion that a legally binding contract has not come into existence. In reaching that conclusion, the judge relied on the statement made by Parker J in Von Hatzfield-Wildenburg v Alexander [1912] 1 Ch 284.

On the facts of this case, the judge concluded that the heads of terms agreed at the mediation did constitute a binding agreement between the parties. The judge summarised the position as follows:
“Given that the whole point of the mediation was to resolve the long running family dispute, and given that a written agreement was signed on behalf of the parties, as required by the mediation agreement for there to be a binding resolution, then if the heads of terms are sufficiently certain it is difficult to see how it can be said that the parties did not intend to enter into a legal relationship. In my judgment it is likely in these circumstances that they did.”

This case serves as a useful reminder of the potential pitfalls of signing heads of terms. It should not be assumed that such a document is incapable of having contractual effect. Depending on the circumstances, parties may find themselves in a position of having entered into a legally binding contract that can then be enforced in the event of non-compliance or a breach of contract, explain the experts from Barlow Robbins LLP. If parties wish to avoid potential ambiguity as to the status of a document, then it should be made clear on the face of the document that it is not intended to be binding for the parties.