An opportunity to fiscally optimize the multinationals investments.

ETVEs (“entities holding foreign securities”) were created in Spain in 1995 as another way to attract foreign investment, specifically to promote the establishment in Spain of holding entities which, based on the treaties for the avoidance of double international taxation signed by Spain with other countries, made it possible to avoid taxation on the dividends distributed by the subsidiaries to the parent ETVE and on the capital gains generated by the sale of shares in those subsidiaries. In this regard, it should be noted that Spain has signed and in force around 100 of these agreements, making it one of the countries with the largest number of such agreements and thus having the advantages of other jurisdictions such as Luxembourg and Netherlands. Compared to the latter, Spain has a special attraction due to the advantage of the common language and mentality with the Latin American countries.

Hence, Spanish ETVEs are a very useful instrument for channeling investments from Latin America to countries Spain has a treaty with to avoid international double taxation and vice versa.

ETVEs must comply with a series of requirements in order to benefit from the special tax regime established in the Spanish regulations, which are as follows:

Our firm represents several ETVE of multinational companies, in which one of the members of the firm usually holds the position of Secretary of the Board of Directors, taking care of the preparation of the minutes of the corporate bodies and the legal issues related to them.

As far as ECOVIS Legal Spain is concerned, we offer a complete advice that goes from the study of the convenience and viability of the ETVE, to its incorporation and the advice in its day to day. And this in relation to commercial, corporate, labor and compliance issues. Together with our partners of the ECOVIS hub in Madrid, ECOVIS Fiscalgés, which is in charge of accounting and tax advice and ECOVIS Grosclaude & Partners, which covers the needs of auditing and transfer pricing, we offer our clients a complete and experienced professional service for the development of their activities in Spain and to enable the tax optimization of their operations. 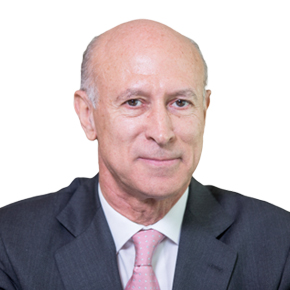