“Tat Tvam Asi”  (meaning Thou art that, That thou art, That art thou, You are that, or That you are) is the powerful message in Hinduism of peaceful co-existence, a message which challenged the entire world in the first quarter of 2020.

Intuition and an understanding of the Indian psyche is key to successfully govern India, and its current political leaders are considered by this author to be strong in this regard.

The current regime has launched various initiatives to make improvements across the country:

The above programs throw light on the Indian government’s vision. Similarly, this government’s response to the COVID-19 pandemic demonstrates its ability to align all for a common purpose.

Likewise, the response from all the democratic “pillars”; media, parliament, civic society, plus the various scientific, administrative and political stakeholders, has been exemplary so far. What is left to see is how the initiaves aimed at minimising the effects of COVID-19 are implemented and maintained, which might then save lives and livelihood throughout the country.

The Honourable Prime Minister of India, Narendra Modi, understands the pulse of the Indian masses. Modi is championing various causes including capacity building for society’s most vulnerable citizens, India’s role as a global leader of environmentalism, and growth of the rural economy using Mahatma Gandhi’s trusteeship model as well as his concept to decentralize the rural economy.

India would be able to unlock its tourism potential if, post lockdown, it continues with its current approach to various measures including social distancing, having businesses function at 30% staff capacity, adopting remote access technology – such as web conferencing – to do business, and maintaining hygiene and sanitation. India should also look at investing in personal, physical and social infrastructure for building long term capacity in the tourism industry.

With migrant labourers returning to their respective villages, this is the time to encourage agriculture-based activities in rural areas. The Indian government is proactively and skilfully deploying ways to encourage agribusinesses in rural sectors. Its Direct Benefit Transfer program, employment schemes, and a focus on creating infrastructure can all kick-start the rural economy.

Industries in India which requires very little capital, but employ large numbers are:

The Government of India, especially in the cities with a large migrant labour population, are collaborating with manufacturing industries from across the world who are looking at safer, and economical, ground. The land of opportunity beckons. 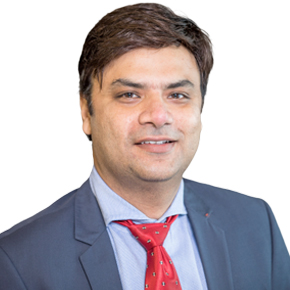