In the western part of the world, China is notorious for manufacturing and selling counterfeit branded products. This raises the question of whether it makes any sense to register a trademark in a country like China.

A trademark is primarily used to market products and services. It can consist of a word, a sentence, a symbol, a design, a letter, a number or a combination of these factors. Trademark rights are territorial rights. If, for example, a trademark is registered in the US, then this trademark is protected exclusively in the US. The owner of the trademark must go through a new, separately regulated trademark application procedure in order to obtain protection for the trademark in other countries. Without trademark registration, a company cannot legally defend itself against imitations and counterfeits. Registering a trademark can be very time-consuming, but in most cases, it is highly recommended. Only recently the New York fashion label Supreme has suffered the consequences of an unregistered trademark.

The original brand SUPREME (Chapter 4 Corp. DBA Supreme), founded in New York City in 1994, focuses on streetwear. It currently operates 11 stores worldwide. There are no stores in China. The counterfeit brand Supreme Italia (also known as Trade Direct Srl.), which is just four years old, claimed to be planning at least 70 new stores around the world. These included flagship stores in Beijing and Shanghai. 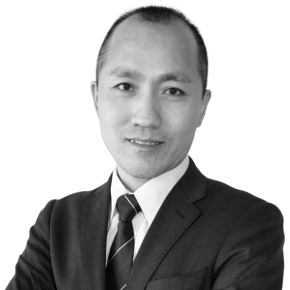 We recommend registering trademarks in any country where you develop business activities.This is the only way to ensure full protection of your intellectual property.

At the end of last year, the American fashion brand Supreme told the imitators, which sell products under the “Supreme Italia” label, that they were fighting for trademark rights. The lawsuit was triggered by a marketing campaign of the mobile phone manufacturer Samsung. In December 2018, Samsung announced the launch of a series of products on the Chinese market in cooperation with Supreme Italia. As a result, the American original publicly pointed out that this cooperation did not exist between Samsung and the original American brand Supreme. Subsequently, Samsung terminated its cooperation with Supreme Italia. Since then, both clothing manufacturers – Supreme Italia and the original Supreme – have tried to register the brand with the Chinese Trademark Office (CTMO).

Do Not Trust the Madrid System When You Register a Trademark in China.

The imitator, Supreme Italia, had filed a total of two trademarks with CTMO, following which the original trademark Supreme filed an action for annulment against the marks applied for. The Chinese Trademark Office decided in favor of the original brand Supreme and cancelled the trademarks registered by the illegitimate competitor. However, the trademark rights were not transferred directly to the original Supreme brand. Instead, Supreme was asked to register the trademark rights in China separately. Usually, the CTMO takes between 6 and 9 months to review documents and then it decides. Eighty-five trademark applications by the New York brand Supreme are currently pending at the Chinese Trademark Office. In order to avoid further disputes, Supreme had applied in China not only for the trademark itself but also for the rights to various advertising slogans, logos, and related brand names.

The Supreme case clearly shows how important it is to register your trademarks in all jurisdictions where you operate. The experts at Ecovis are happy to help you with the preparation and implementation of trademark applications in China.

Brad Liu has more than 10 years’ experience in the corporate and legal field. Prior to joining Ecovis, Brad headed the Beijing corporate services team of a mid-tier international accounting and business advisory firm. He has been advising international SMEs from US, Europe and ASEAN countries on doing business in China.