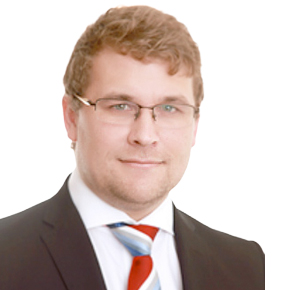 When engaging ECOVIS ARB Auditors Incorporated for advisory, finance and taxation services your first point of contact would be Niel Pienaar.

He is a qualified Chartered Accountant, Registered Auditor and Registered Tax Practitioner. Niel has been a director of ECOVIS since 2014 and remains the youngest appointed director since the firm was founded in 1981. He completed his Bachelor’s degree at the University of the Free State, where after he obtained his Chartered Accountancy certification. Niel is actively involved in tax, audit and advisory services, and is responsible for the business development of the firm. He is the engagement director for a number of the firm’s public interest entities.

Niel has been with the firm for eight years and have a loyal client base. He has extensive experience in auditing, mergers and acquisitions, corporate restructuring and valuations. Drawing on this extensive experience together with his knowledge of audit and tax legislation places him in an ideal position to advise on the tax and reporting consequences of your current and proposed transactions. 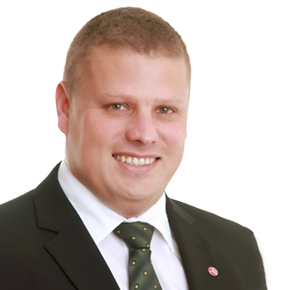 When engaging ECOVIS ARB Auditors Incorporated in connection with South African assurance related matters your first point of contact would be Rossouw Pieterse.

Rossouw is the Partner in Charge of the Ecovis’ Johannesburg audit department. He is a qualified Chartered Accountant, Registered Auditor.

Rossouw has been a director since June 2012 and is responsible for audit compliance. He served his training contract with the firm and has been with the firm for 12 years. As training officer he plays an active role in the development of audit staff and has an excellent team of highly qualified and motivated individuals consisting of an associate, supervisors, seniors, intermediates and juniors. He is placed in the perfect position to service all your assurance related needs.