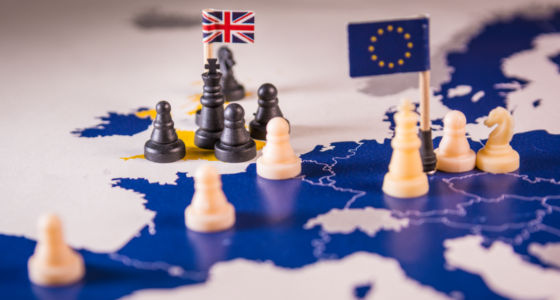 © Shutterstock/Ivan Marc
Ecovis Global > United Kingdom: Points which employees and employers need to observe in the UK in future
Share >

United Kingdom: Points which employees and employers need to observe in the UK in future

Why determining whether a prospective employee has the right to work in the UK could get much more complicated because of Brexit.

When any employer in the UK hires a worker, they must check whether that individual has valid immigration status and the lawful right to work. Failure to do so can result in the employer being fined up to £20,000, and potential criminal liability, if it is found that the worker did not have the right to work by virtue of their immigration status.

If the prospective employee is a British citizen this is straight forward. An employer will need to see their original passport, check the validity of the details and retain a copy confirming when the check was made.

For workers who are not British or from the EU, but have a permanent right to reside and work in the UK, employers must retain copies of their national insurance card and current immigration status document or passport endorsed to show that the holder is exempt from immigration control, is allowed to stay indefinitely in the UK, has the right of abode in the UK, or has no time limit on their stay in the UK. Ecovis’ experts also warn that in all cases the document must be currently valid.

For EU nationals the process is currently similar to that of British citizens, and the employer can verify that a prospective worker has the right to work by inspecting and retaining copies of either their passport or national ID card. 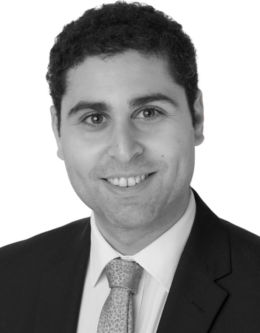 When Brexit comes into force next year, the regulations governing foreign workers will change. Both employees and employers would be wise to familiarise themselves with the requirements now, before the new laws are implemented.

Workers from outside the EU who have time-limited leave to remain must prove their right to work by producing a valid biometric residence permit (BRP). Since July 2015, BRPs are the only evidence of lawful residence currently issued by the Home Office to most non-EEA (European Economic Area) nationals and their dependants granted permission to remain in the UK for more than six months. This will also apply to the non-EU family members of EU citizens in the UK.

In order to satisfy the residence requirement, applicants will have to have been “continuously resident” in the UK for five years. This means that they cannot have been absent from the UK for more than six months in any twelve-month period. If they have, this resets the clock on their continuous residency and delays when they will be eligible for settled status. Any EU citizens who have already been granted permanent residence under existing regulations lose this status if they have been absent from the UK for a continuous period of two years. 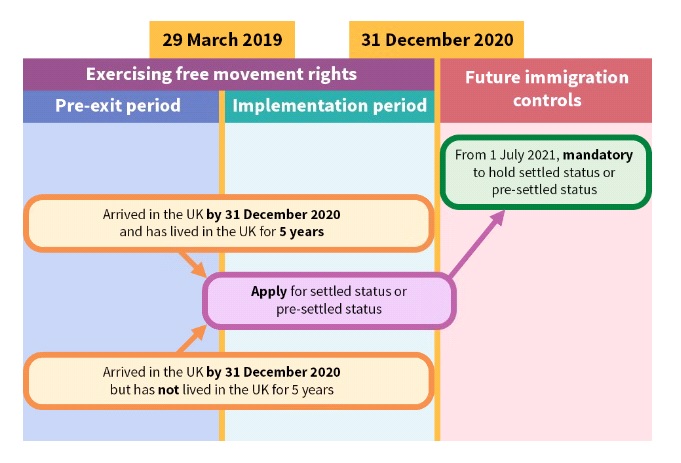 What should be noted is that this process is not automatic and the burden is on the EU citizen to ensure that they hold settled status or pre-settled status before the end of the implementation period.

Those who either fail to make an application or are not granted settled or pre-settled status because they do not meet the criteria will become unlawfully resident, and therefore will be unable to work legally. Anyone granted pre-settled status will have to apply for settled status prior to the expiry of their existing status. Failure to do so will also render them unlawful.

This presents a problem for employers with EU staff within their workforce, as any right to work checks that have already been done will have to be repeated after the end of the implementation period to ensure that any EU citizens hold the new mandatory status and continue to be lawfully resident.

Employers will have to be continuously aware of the Brexit timeline, and the different statuses EU citizens must hold in order to be lawful residents at any given time. Any slip-up could potentially result in hefty civil penalties and severe disruption to business. Ecovis’ experts therefore recommend that employers now familiarise themselves with the new regulations in order to avoid the sudden loss of employees at a later stage.