Businesses in Croatia are often financed with loans because the interest on the loan represents a cost and reduces income tax liability. However, for companies to be able to deduct the interest, they must consider the ratio between loan and capital as well as voting rights. The Ecovis consultants know exactly what to do and what to look out for.

Companies in Croatia often use loans to find the extra capital needed to fund the business. When financing a company with a relatively high ratio of debt to capital, the tax aspect of such financing should also be considered. It is more appropriate for companies to finance with loans than with capital because, in general, interest on loans is a tax-deductible expense.

The tax authorities want to prevent such tax reductions. Therefore, in many countries, the amount of loans on which shareholders and members of the company can calculate and pay interest and declare as tax-deductible expenses has been limited. For example, on 1 January 2019, a new rule on limiting interest rates was introduced into the Croatian Income Tax Act. It stipulated that interest costs and other costs of borrowing on loans received by taxpayers from abroad are tax deductible up to an amount of EUR 3,000,000 or 30% of profit before interest, taxes and depreciation (EBITDA), whichever is lower. 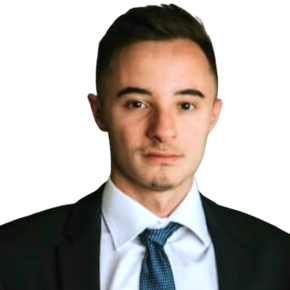 We can support you with corporate financing. Because we know the rules.
Mihael Gruičić, Payroll Specialist, ECOVIS FINUM, Zagreb, Croatia

In terms of capital, this is seen in totality – i.e., subscribed capital reduced by unpaid capital, unsubscribed capital, reserves and retained earnings. This means that interest charged on loans that exceed four times the total ownership share or voting rights is not tax deductible. Currently in Croatia, this rule does not apply to banks and other financial organisations and to domestic taxpayers who appear as lenders. Furthermore, when determining tax-deductible interest expenses on loans between related parties, including loans from members of the company, the interest rate and not just the absolute amount must be taken into account.