Taxing the Digital Economy: Has Corona Cancelled or Postponed the Global Tax Revolution?

The pressure was high from the outset when, with the finalisation of the BEPS Action Plan in Oct. 2015, the OECD simultaneously began to initiate a further and even more far-reaching project: an Inclusive Framework (IF) on the taxation of the digital economy, due for completion by the end of 2020.

The fundamental problem of taxing the digital economy is that in the absence of classical physical connecting factors such as legal entities or permanent establishments, there is no taxing right in the market jurisdiction. Consequently, Pillar 1 proposes linking taxing rights to non-physical factors for businesses that are deemed to be consumer facing or highly digitalised, i.e. creating a new nexus. Once the nexus is met, a share of the resulting residual profit is deemed taxable in the market jurisdiction. After remunerating routine activities following the arm’s length principle, the residual profit is then allocated between the state of residence and the market jurisdiction using an apportionment formula. The formula should be based on factors such as estimated value contributions by the market jurisdiction, e.g. 10% of the EBIT exceeding 10% (10 over 10).

Pillar 2 is less focused on digitalisation but addresses more general BEPS issues within a Global Anti-Base Erosion Proposal – GloBE. According to GloBE, taxing rights shall move to one country in case the other country – and herein lies the crux – has decided not to tax profits at all or is deemed to not tax sufficiently, effectively leading to both global minimum taxation and interference with fiscal sovereignty. From a tax technical perspective, minimum taxation should be achieved either within an add-back taxation (inclusion or switch-over rule) or by means of deduction restrictions (undertaxed payment or subject to tax rule).

The public discussion so far criticizes that the approach lacks definitions and interpretations of terms and that it places a seemingly utopian basic trust in existing dispute resolution, say the Ecovis experts. For instance, what exactly does “consumer facing” mean and how is it measured? Is it realistic that if one state regards the other’s tax regime as too low and is thus questioning its fiscal sovereignty, those states will reach a compromise on avoiding double taxation? And finally, there is the question of whether the only internationally recognised consensus in transfer pricing, the arm’s length principle, should be abandoned in favour of shifting taxing rights? Not to mention new questions that will arise concerning tax bases and consolidation rules.

In addition, it must also be asked whether and to what extent the IF can interact with other concepts for taxing the digital economy. France, for example, has introduced a digital tax (and immediately suspended it again) and there are also legislative procedures in Austria aimed at introducing one. 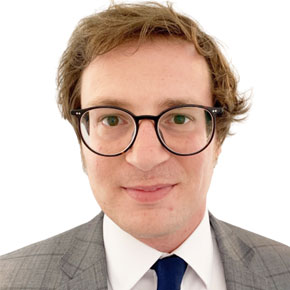 The OECD has launched a project to tax the digital economy. While there is still no need for action by the companies concerned, the situation should be observed. We can support you in this.
Georg F. Wenz, Transfer Pricing Specialist, Head TP Department, ECOVIS KSO Treuhand & Steuerberatung, Düsseldorf, Germany

The proposed timing is tight and at the end of May, the answer to the introductory question is surprising. Despite all the possible pit falls, the OECD is working full steam on the project, preparing the plenary meeting scheduled for July 2020 in Berlin and expects the final report by the end of 2020.

So, will international taxation be thrown into chaos on 1 January 2021? Absolutely not. Just as the publication of the BEPS final reports was not implemented overnight (and in some cases has not yet been), Ecovis comments that the final report only represents an intermediate milestone for the IF.

It will take much longer for the proposed measures to be implemented nationally and, with the Corona Crisis in mind, probably much longer than expected. Just think of the money spent on emergency aid and economic stimuli. And these states should now give up taxing rights?

Assessment and need for action

At its core, the IF follows two emerging trends in international taxation. GloBE shows an intellectual affinity with the CCCTB, which has been discussed (and rejected multiple times) within the EU. Pillar 1, on the other hand, can be traced back to an idea that is already repeatedly found in the BEPS discussion papers: Taxing profits where they arise. The IF can therefore be seen as a guideline for the direction in which the international tax system will develop.

Due to the still unclear roadmap and the lack of important decisions, there is currently no concrete need for action. Nevertheless, the IF should not be overlooked as it enjoys broad support within the G20 and the OECD and it will come – even despite corona-related delays. The Ecovis experts recommend that the developments are monitored, sensitivity analyses are conducted in existing business and Transfer Pricing models at an early stage and changes anticipated when new models are introduced.

On 18 June, news became known, according to which the US government has proposed a pause in the negotiations on the IF and at the same time threatened retaliatory measures if countries were to introduce their own digital taxes.