Shareholder loans are widely used to finance a company, including when the company is in difficulty. The Ecovis experts answer the most important questions on this under German and Polish law.

Under German commercial and company law, shareholder loans are not regulated separately. Only in the event of a company’s insolvency are these loans subordinated by law to those of other creditors. However, a shareholder loan is still given priority over the shareholders’ (equity investors’) claims for settlement of the bankruptcy estate, explain Ecovis’ Düsseldorf experts. In Germany, a company is considered insolvent if it is over-indebted or unable to pay its debts as they fall due. In the context of a balance sheet to be prepared in accordance with insolvency law principles, the assets are to be recognised at their liquidation values. This is compared to the debts (provisions and liabilities). As the liabilities side also includes shareholder loans, they can therefore contribute to a situation of over-indebtedness under insolvency law.

How to avoid the characteristic of over-indebtedness under insolvency law

The characteristic of over-indebtedness under insolvency law can be avoided if the company has a ‘positive continuation prognosis’, i.e., it can demonstrate that it is in a position to meet all due liabilities within a certain period of time and that the situation will improve in the future, as long as it is “viable”, explain the advisers. Another means of eliminating over-indebtedness under insolvency law is to declare a qualified subordination on things such as shareholder loans. Only then can a shareholder loan be treated as equity in the insolvency balance sheet in order to eliminate over-indebtedness. Under commercial and tax law, however, it remains debt capital. 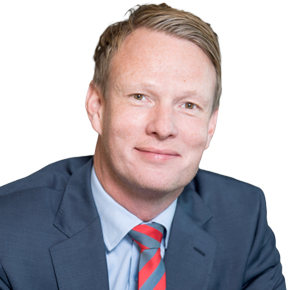 In Germany, shareholder loans are only regulated from the point of view of insolvency law and are seen as subordinate to loans from third parties.
Marcus Büscher, Partner, Lawyer, ECOVIS KSO, Düsseldorf, Germany

From a tax point of view, however, the declaration of the subordination is decisive (Sec. 5 par. 2a German Income Tax Law), otherwise the loan would only be dissolved in the tax balance sheet with an effect on taxable income, and taxes could be triggered which could make the company’s situation even worse.

Polish law also does not cover shareholder loans directly. Certain provisions of Polish law refer to subordinated loans with respect to banks and financial institutions, but, as the Polish Ecovis advisers know, the most important rules are included in the Bankruptcy Law.

Therefore, even if a company is able to meet its ongoing financial obligations, taking out loans can be a legal reason for declaring bankruptcy where the value of the loans exceeds the value of the company’s assets.

In the case of shareholder loans, the law sets out an exception to the rules mentioned above, as the financial obligations do not include liabilities to a partner or a shareholder arising under a loan or another act in law with similar effect. Therefore, a loan from a shareholder, even if it influences the company’s balance sheet and may even lead to negative equity, is not considered legal grounds for declaring bankruptcy, explain the Ecovis experts.

Shareholder loans are subject to satisfaction from the funds of the bankruptcy estate in the last category. They have the lowest priority and the funds will be repaid to the shareholder only after all other creditors have been paid back. 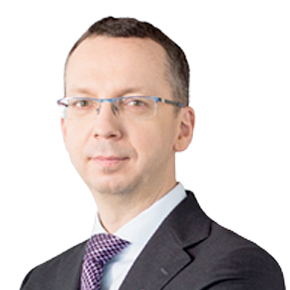 In Poland, the rules for dealing with shareholder loans are set out in the Bankruptcy Act.
Piotr Pruś, Attorney-at-law, Partner, ECOVIS Legal Poland Pruś and Partners Law Firm, Warszawa, Poland

This comparison shows that even in the case of neighbouring countries which share many aspects of legal culture, tailored advice from an expert is needed in order to avoid unnecessary risk or liability.