Ecovis Global > Modifications to the tax system in Paraguay
Share >

Modifications to the tax system in Paraguay

As of December 31, 2019, the total number of taxpayers registered with the Ministry of Finance was 824,179, which represents 24% of the total PEA. Likewise, in the portal of said ministry it is reported that the total collection of the year 2019, in preliminary figures is approximately 2,210 million US dollars.

A report issued by an economic study entity in Paraguay estimates that the informal economy in 2019 would be 16,522 million US dollars, which represents 40% of Paraguay’s GDP. Considering that the national Tax Pressure calculated for that same year was 9.9%, we can deduce that there is more than 1,635 million US dollars that do not enter the Paraguayan State.

Regarding tax collection, 55% of everything collected in 2019 comes from Value Added Tax (50%) and Selective Consumption Tax (5%), which are considered indirect taxes; 41% comes from corporate income taxes and only 2% corresponds to personal income tax.

Within this context and with the objective of simplifying the Paraguayan tax system and democratizing the payment of taxes, the National Government has implemented the Law 6380/2019 of “Modernization and Tax Simplification” which seeks that those who earn more, pay more.

After 27 years, the national tax system has been modified to adapt to international standards in the area of ​​tax management. For example, it has been implemented a Non-Resident Tax which did not previously exist. In addition, the modification has created a simplified system as various income tax obligations have been unified, creating simpler categories to manage. These changes are aimed at the micro and small business sector, granting these entities to leave the informal economy and begin to operate formally, allowing this to have a record of operations to access better commercial and financing conditions.

The taxes in force as of this new law are the following:

While this Law is in the process of being implemented, it is expected to be enforced as of this year. Regarding tax pressure, although in some specific terms some calculation bases are modified and new tax figures are incorporated, the essence of the Law seeks to broaden the tax base, rather than increase taxes.
In addition, the tax laws that favor Foreign Investment such as the Maquila Law, the Incentives Law for National and Foreign Investment, the Law for Incentives for the Production, Development or Assembly of High Technology Goods, among others, are still in force.
With the application of this new Tax Reform, Paraguay aims to promote the formalization of the economy and the adaptation of fiscal dynamics to the international fiscal management standards, which should attract foreign investors. 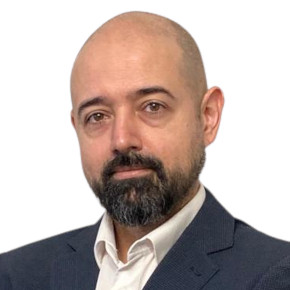