In some cases, analysis of the articles of Limitation of Benefits (LoB) clause is overlooked in determining whether the reduced or exempt withholding rates provided in a tax treaty are applicable. An LoB analysis provides a basis for claiming the application of the treaty, which usually results in reduced withholding tax rates.

For example, the default withholding tax rate on dividends distributed by a US subsidiary to a UK holding company is 30%. The US-UK tax treaty provides reduced withholding rates of 15%, 5% or even 0% depending on ownership relationship, type of entities involved, business purposes, and compliance with the various tests under the LoB article.

The LoB article is an anti-treaty-shopping provision to prevent residents of third countries from obtaining benefits under a tax treaty. To obtain these lower withholding rates, one of the provisions of the LoB test must be met. In general, the LoB tests include: (1) the publicly traded test, (2) the income/base erosion test, (3) the derivatives benefits test, (4) the Active Trade or Business test, and (5) going to competent authority. These tests require in-depth analysis of ultimate ownership of the entities involved and the operations of such entities.

Therefore, an LoB analysis should be completed to determine: (1) if the relevant treaty applies and (2) the most favorable withholding tax rate afforded under that treaty to the applicable payment. Marcum LLP is well versed in providing such LoB analysis and other tax treaty studies to determine correct withholding tax rate applicable to the organizations operating in multiple countries. 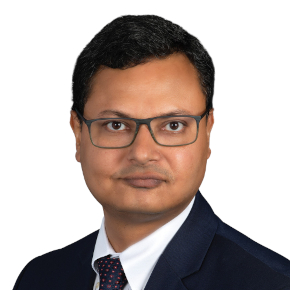