In 2019, Korea ranked fifth among 190 countries in the World Bank’s business environment assessment. This is the third best business environment among countries in the Organisation for Economic Co-operation and Development (OECD).. According to the 2020 Doing Business report, Korea is ranked highly in Legal Dispute Resolution (2nd) and Electricity Supply (2nd), and relatively low in Entrepreneurship (33th) and Financing (67th). In a tax environment, ranking rose from 24th to 21st, which is considered to be the result of increased tax convenience, such as the self-verification service with e-VAT invoice when paying corporate income tax and VAT. (Oct. 2019)

In 2017, the EU designated Korea as a non-cooperative tax country. It ruled that the principle of fair taxation was violated since the corporate income tax exemption system for a foreign-invested company only applied to non-residents. In response, the Korean government abolished the relevant regulations and established a support system to promote foreign investments to be in line with global standards. The Korean government also announced it would continue its efforts to improve tax equality between domestic and foreign investments, and comply with international standards. (Mar. 2019)

The Korea-Singapore Income Tax Treaty, which came into force in 1981, was amended in May 2019. It is anticipated that this revision will ease the local tax burden of companies entering two countries. As well as this, the Treaty prepared means to prevent tax avoidance, reflecting the latest discussions of the OECD. Major revisions are as follows (May 2019):

In August 2019, the Ministry of Economy and Finance (MOEF) submitted revised tax reform proposals for 2019 to the National Assembly. The amendments of the tax law focused on the recovery of economic vitality and innovation growth, strengthening inclusiveness, fairness of the economic society, rationalisation of the tax system, and expansion of revenue base.
Major revisions are as follows:

Currently, the investment tax deduction rate for certified productivity improvement facilities is 1% in large corporations (3% for midsize companies and 7% for small companies). The rates will increase to 2%, 5% and 7% respectively.

Totalisation of capital gain and loss from foreign stocks

Establishment of Principles for Interpretation and Application of Tax Treaties

In order to increase the certainty of the interpretation and application of tax treaties, regulations on the interpretation and application of tax treaties have been newly added to the Act for the Coordination of international Tax Affairs (ACITA). When terms and phrases are not defined in a tax treaty, the part shall be interpreted and applied in accordance with the meaning defined or used in accordance with domestic tax law. 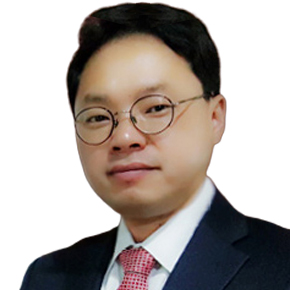