This article will inform you on:

The existing reporting framework requires an entity that is not publicly accountable (as defined in AASB 1053) to consider whether it is a reporting entity i.e., an entity in respect of which it is reasonable to expect the existence of users dependent on general purpose financial reports for information which will be useful to them for making an evaluating decision about the allocation of scarce resources. An entity that is required to prepare financial reports under the Corporations Act 2001 could be self-assessed by its directors to be a non-reporting entity and prepare Special Purpose Financial Statements (SPFS) instead of General-Purpose Financial Statements (GPFS) or General-Purpose Financial Statements – Reduced Disclosure Regime (GPFS – RDR). SPFS’s can bypass most of the compliance with the accounting and disclosure requirements of the Australian Accounting Standards.

A long-term feature of the Australian reporting framework, the ‘reporting entity concept’, will be removed effective 1 July 2021. This mean many entities previously reporting under the SPFS framework will be required to prepare GPFS compliant financial reports.
The changes only apply to for-profit private sector entities that are required by:

Examples of entities reporting under the Corporations Act 2001 that will no longer be able to prepare SPFS include:

What is the impact?

This is good news for entities that are currently preparing their financial statements under GPFS-RDR because GPFS-SDR has fewer disclosure requirements. However, not such good news for entities currently preparing their financial reports under SPFS because there will be a significant number of new disclosures, including those relating to related party transactions, taxation, and financial instruments.

The Payment Times Reporting Scheme or (‘PTRS’) will require large businesses with over A$100 million in annual turnover to publish information on their small business payment times and practices. The reporting will be bi-annual and daily penalties will apply for failure to report. Reports need to be lodged 3 months from the reporting deadline i.e. 30 September for the 30 June deadline.  There is a 12-month penalty free transition from the implementation date of the scheme to assist businesses and their advisors as the penalties are very substantial (from A$13,320/day to A$66,600/day depending on the structure of the business).

Which entities are covered?

What is a CCE?

What is the Income Test?

What must be reported?

The regulator is the Department of Industry, Science, Energy and Resources (DISER). 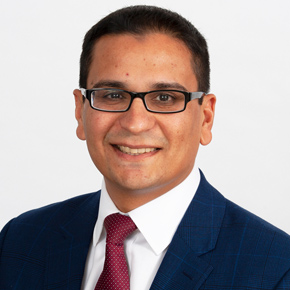