Investing in the Philippines

The effort of the Philippines to improve its infrastructure is now in completion phase under the Build, Build, Build (BBB) Program launched in 2017. This program aims to construct major railways, industrial parks and airports. Other projects include construction of energy facilities, water resource projects and irrigation systems, flood control facilities and other redevelopment programs. Likewise, the program seeks to provide economic growth opportunity, create jobs and improve the lives of its citizens. Considering other factors, inflation slowed down to 1.7% in August 2019, the lowest it had been for three years, while poverty declined from 26% in 2015 to 20.8% in 2019. Currently, the population is 106 million, and is an attractive prospect for foreign investors because of its young, well-educated and capable work force.

Foreign investors can enter the Philippines market with either 40% ownership of a company or as a 100% foreign owned corporation, earning income as a Domestic Corporation, subsidiary, or Branch Office of the Parent Company.

Domestic corporations have a separate identity distinct from its parent company and the benefit of limited liability. Generally, the capital requirement is US$200,000, except for in the following instances:

i. The business activity of the corporation involves advanced technology as certified by the Department of Science & Technology (DOST);

ii. The corporation undertakes to export at least 70% of its total output or production or is registered with Philippine Economic Zone Authority (PEZA) or Board of Investment (BOI). Both PEZA and BOI registered companies are generally export-oriented enterprises; or

iii. The equity participation of the foreigners is limited to 40%.

With regard to a Branch Office, its parent company should authorize the establishment of its branch in the Philippines with 100% ownership. Its capital investment must also be equal to at least US$200,000 if the branch is not classified under either (i) or (ii) of the above-mentioned items listed.

Another option for foreign investors is to establish a Regional Operating Headquarters (ROHQ). This is a foreign business entity which is allowed to derive income in the Philippines by performing qualifying services to its affiliates, subsidiaries or branches in the Philippines, in the Asia-Pacific region, and in other foreign markets, as follows:

Foreign investors could also choose to set up a Regional or Area Headquarters (RHQ), which is an office whose purpose is to act as an administrative branch of a multinational company engaged in international trade. It principally serves as a supervision, communications and coordination centre for its subsidiaries, branches or affiliates in the Asia-Pacific region and other foreign markets, and does not earn or derive income in the Philippines.

A RHQ must undertake that it shall remit the amount necessary to cover its operations in the Philippines. This equates to paying set up costs of no less than US$50,000, or its equivalent in other foreign currencies, and then is required to pay this amount annually to support ongoing expenses.

For a Philippine Representative Office to support its operations in the Philippines, capital of US$30,000 must be paid initially, and then continue to be paid as an annual fee. It must also appoint a resident agent on whom summons and other legal processes may be served, should legal proceedings arise against the company.

The above-mentioned entities are just a few of the many structural options for foreign investors to establish a presence in the Philippines. An investor needs to assess its purposes in order to determine which type of structure fits its needs. 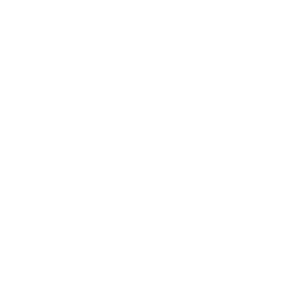