The Czech Data Protection Authority, which monitors compliance with European data protection regulations in the Czech Republic, publishes information online about its control activities, its decisions and their effects on companies.

Given the wide-ranging doubt and lack of clarity surrounding the application of the General Data Protection Regulation (GDPR) and the new Czech Personal Data Processing Act (English translation), the Czech Office for Personal Data Protection (Czech DPA, ÚOOÚ) has started to considerably increase general public awareness of its decision-making processes and its control activities. In addition to a description of all inspections carried out in the first half of 2019, a new list of selected second instance decisions made by the Chairman of the UOOU can now be found on the UOOU website.

The new Czech Personal Data Processing Act has no privision for imposing penalties on state bodies. This meant that in 2019, it was impossible to sanction the Czech Ministry of the Interior, which allowed unauthorised access to the population register a total of 7,064 times, as well as access to the population register to a greater extent than stipulated by the Basic Registers Act on 88,491 occcasions.

Since the GDPR law was passed, the Czech DPA has only imposed symbolic penalties for violating GDPR rules. As the Ecovis experts explain, a total of only 10 fines were imposed and the total amount of the fines was less than EUR 15,000. 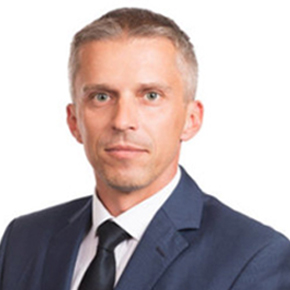 “Up to now, the fines imposed by the Czech Data Protection Authority for GDPR violations have not been very high. Now the legal framework is complete and the sanctions are more frequent and more severe. We can help you avoid penalties.”

Four examples of checks by the Czech DPA in 2019

Tipp
You can find more information and details on these particular points on the Ecovis Czech web page.