After one year of pro-democracy protest activities in Hong Kong, the Central Government of the People’s Republic of China seems to have run out of patience with Hong Kong protesters. The Chinese Government surprisingly introduced the proposal of Hong Kong National Security Law a week before it was voted on by China’s parliament, the National People’s Congress (NPC).

On 28 May 2020, the NPC approved the proposal to enact National Security Law in Hong Kong, which will criminalize secession, subversion of state power, terrorism, and colluding with foreign and external forces which endanger national security. The proposal was approved with 2,878 votes, while 1 voted against and 6 abstained.

The initial details of the draft legislation were released on 20 June 2020 after the 3-day session of the NPC Standing Committee. On 30 June 2020, the law was passed. The Chinese Government will set up a National Security Office in Hong Kong, safeguarding the national security in the Hong Kong Special Administrative Region (HKSAR). It is responsible for analyzing the national security situation in Hong Kong, giving advice for critical tactics and policies and handling cases when necessary. The Hong Kong Government will also set up a commission which will be led by the chief executive and consist of an adviser appointed by the Central Government. The National Security Law shall prevail when in conflict with Hong Kong legislation.

From proposing to drafting the Hong Kong National Security Law, the Central Government has bypassed the Legislative Council of Hong Kong, raising both local and international concern that the financial hub’s limited freedom will be taken away. The National Security Law seems to have sounded the death knell for the “One Country, Two System” principle.

The United States (US) Department of State declared that Hong Kong no longer has significant autonomy after the proposal was approved by the NPC. President Donald Trump claimed that the US will revoke the Hong Kong’s special economic status with the US. Hong Kong’s status as a key global financial centre could be devastated.

With current legal uncertainty and possibility of foreign sanctions against Hong Kong, foreign investors and multinational companies may be scared away in the short run. However, over time, when the details of the legislation are announced, the fear created by legal uncertainty may fade out. In the long run, the National Security Law will enhance the stability of the Hong Kong political environment and will actually give investors the confidence to run business in Hong Kong. 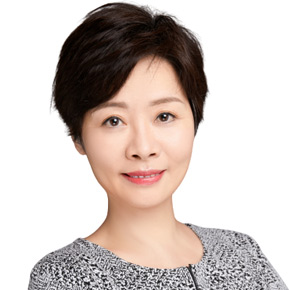