On 27 December 2019, the President of the Republic of Colombia, Iván Duque Márquez, signed the Economic Growth Law passed by Congress. It includes a variety of tax changes, such as a reduction in corporate tax or tax benefits for companies that create jobs. These measures are intended to strengthen the domestic economy and attract foreign investors.

Less than one year after the approval of the Tax Reform Law (Law 1943 of 28 December 2018), which was then declared unconstitutional by the country’s Constitutional Court because of “procedural issues”, a new law has been passed that attempts to pick up on the points already agreed in the first document. However, it was possible for the Congress of the Republic to introduce new changes or regulations that were not found in the first normative text. 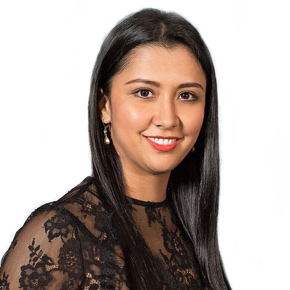 The Colombian Economic Growth Law (Law 2010 of 27 December 2019) brings positive changes to company taxation, mainly by maintaining the progressive decrease of three percentage points in the effective corporate tax rate, which is

In addition, there is the progressive elimination of the “presumptive income tax rate” to 0.5% in the tax year 2020 and 0% as of tax year 2021. This had caused a situation that generated cost overruns for companies when they started operations in Colombia. They had to pay a tax whose base could not be less than 3.5% of the net assets of the previous year, regardless of the income generated in that period, explain the experts from Ecovis.

Another important point in this new law that has been carried over from the unconstitutional financing law is article 91, which establishes the “exempt income” for so-called “Orange Economy” activities (income from the development of technological value-added industries and creative activities, for a term of seven years, provided that some requirements are met).

Economic Growth in Colombia
The graphic shows GDP from 2016 to 2020, changes in percent (real)

The Orange Economy is also known as the Creative Economy and is one of the economic drivers in Colombia, accounting for around three percent of gross domestic product. The economic model is divided into three categories:

Finally, the Colombian Economic Growth Law also introduces changes in VAT, dividends, exempt income and deductions. It maintains the wealth tax (only for natural persons, not for companies) and again provides the opportunity to normalise omitted assets or non-existent liabilities, whether of companies, resident individuals or non-tax residents in Colombia with assets declared in the country.