It seems a lifetime ago since Ecovis delegates from around the globe gathered together in Sydney for the annual International Partners’ Meeting, held in November 2019. Over Christmas and into the new year, large parts of Australia were ravaged by bushfires, before the country was hit with the COVID-19 pandemic and an unforeseen economic crisis.

In 2020, the Australian economy is expected to endure its largest annual fall in economic activity on official record.  The government’s response to the COVID-19 crisis has seen $289 billion spent on financial measures.  This, combined with large declines in taxation revenues, has resulted in a major deterioration in the budget position, with estimated deficits of $85.8 billion in 2019/2020 and $184.5 billion in 2020/2021.

The economic outlook remains bleak, however there are some positives we can take away from the last six months:

The Australian Government spent $9.4 billion on health responses against the COVID-19 pandemic.  This, combined with Australia’s existing healthcare capacity, strong border restrictions, geographical remoteness and comprehensive contact tracing, has meant that the country has managed to avoid the high number of deaths from COVID-19 seen in other countries.

An interesting flow-on effect of the pandemic is that high-end international residency advisory firms have seen an almost 50% increase in new enquiries for “residence by investment programs”, granting permanent residency or citizenship in countries which have fared well over the last six months – with Australia, New Zealand and Portugal being countries of choice.

The Australian Government has directed payments of $9.4 billion in stimulus measures towards two main sectors of the economy: businesses and households.

Individuals already in receipt of government benefits were paid additional cash payments, and the JobSeeker allowance – a national income support scheme for the unemployed – was increased for those who lost employment due to the pandemic.

Whilst expensive, the government estimates that these measures will increase 2020/2021 GDP by 4.25% and decrease the unemployment rate by 5%, cushioning the economy from an even deeper recession.  Unemployment, which was officially recorded at 7.4% in June, is predicted to reach 9.25% by the end of the 2020 calendar year, but could have been well into the teens without these pre-emptive measures.

The measures have been well-received by the majority of the Australian population with approximately 70% of people in recent opinion polls believing that these responses are appropriate.

Planning for the next six months

The economic measures originally implemented by the government had a September expiry date.  With a second wave of the virus in Victoria and a number of major industries still unable to operate at full capacity (especially education, tourism, hospitality and the arts sectors), the Australian Government has announced an extension of its JobKeeper program and a number of other targeted stimulus measures to support businesses in these sectors.  COVID-19 has required a fast-moving and nimble decision-making response from both businesses and government alike, so it has been well-received from the Australian population that both major political parties have taken a consultative approach in guiding the country through this challenging time.

May things continue to improve in the second half of 2020. 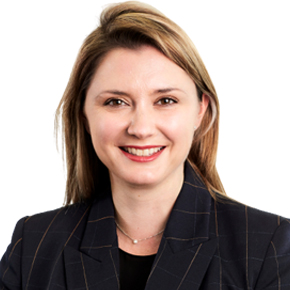