In February, Ecovis auditor Armin Weber joined the Working Group on International Audit Questions at the Institute of Public Auditors in Germany (IDW) as a representative for the German “Mittelstand”.* The working group deals with concrete questions around the uniform interpretation of audit questions in international auditing standards. These standards are issued by the International Federation of Accountants (IFAC) through the International Auditing and Assurance Standards Board (IAASB) and applied in 130 countries.

In the IDW working group, Armin Weber is one of the few who represent the Mittelstand. “I am committed to ensuring that audit standards are implemented pragmatically,” he says. In his opinion, it is wrong that internationally active Mittelstand companies are treated like large listed corporations. He wants to work to change this.

In the past, Weber has worked closely with the IDW on further education and training. “I am very pleased that I can represent Ecovis and the interests of the Mittelstand in this working group,” says the 48-year-old. At Ecovis, Weber is also the contact person for the Forum of Firms, an independent association of international networks of companies that carries out cross-country audits. He therefore has access to the latest projects of the standard setters. He can contribute this knowledge to the work of the IDW working group.

Armin Weber is an auditor and tax consultant. He has been with Ecovis since 2007.

* Mittelstand commonly refers to small and medium-sized enterprises in German-speaking countries, especially in Germany, Austria and Switzerland. The term is not officially defined or self-explanatory, meaning that in English SMEs are not necessarily equivalent to the Mittelstand. The term mainly applies to mid-sized firms as opposed to larger listed companies and, most importantly, Mittelstand companies are characterised by a common set of values and management practices. 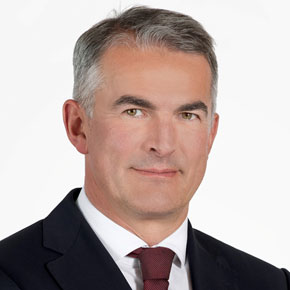