Lithuania: Amendments to Convention 108 – European Standards for Personal Data Protection will be Applied in Third Countries

On 7 November 2019, the Parliament of the Republic of Lithuania ratified the protocol (CETS No. 223) amending the Convention for the Protection of Individuals with regard to Automatic Processing of Personal Data (ETS No. 108, the “the Convention”) and endorsed its explanatory report. Currently, 36 states have ratified the amendments to the Convention, including 26 EU member states.

The provisions of the Convention sought to safeguard the rights and fundamental freedoms of individuals and the right to respect their privacy when their data is processed automatically within the territories of all signatory states. The Convention was adopted in response to the growing need for data processing due to the development of technological solutions. 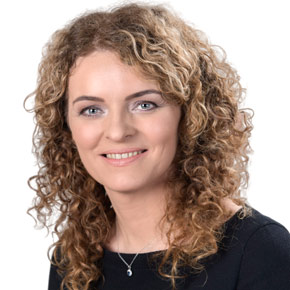 Prior to the adoption of Convention 108, in order to establish a uniform system for the protection of personal data relevant to as many different states as possible, the provisions of the various states were taken into consideration. The objectives of the Convention, adopted in 1981, remain relevant even today.

With the continued improvements in technological data processing methods and in order to provide appropriate solutions for the privacy issues involved, as well as to strengthen the Convention’s own mechanism of operation with regard to the requirements of the General Data Protection Regulation (GDPR), which came into force in the EU in May 2018, it was necessary to amend previously defined provisions of Convention 108.

The most significant amendments to Convention 108

Convention 108
The European Convention for the Protection of Individuals with regard to Automatic Processing of Personal Data (Convention 108) is an international treaty. It regulates the protection and cross-border exchange of personal data. Convention 108 was agreed on 28 January 1981 by the then member states of the Council of Europe. It came into force on 1 October 1985. The convention has been ratified by 55 countries – 28 EU member states as well as, for example, Armenia, Georgia, Turkey and Russia.

The amendments to Convention 108 will encourage third countries that have acceded to the Convention and are not covered by the GDPR to apply the fundamental principles of personal data processing, explain the Ecovis experts. In this way, the requirements for the transfer and protection of personal data will be unified internationally.

Accession to the Convention may also have a significant effect on determining whether the third country can be considered as applying adequate personal data security measures and whether the transfer of personal data to such a country would be considered secure. If the Commission takes such a decision, the transfer of data to these countries could take place without specific authorisation or other applicable security measures.

The Significance of Convention 108 for the UK and Brexit

On 31 January 2020, the United Kingdom left the European Union and entered a Brexit transition period which will run until the end of 2020. Until then, the GDPR still applies and data protection is therefore ensured.