Ecovis Global > 2020 Global MNC Tax Complexity Survey: “There Will Never be a Tax Declaration on a Beer Mat”
Share >

2020 Global MNC Tax Complexity Survey: “There Will Never be a Tax Declaration on a Beer Mat”

Researchers from the University of Paderborn and LMU Munich have published an insight into the data from their third global survey on tax complexity. The data once again shows that overall tax complexity has increased worldwide for Multinational Corporations (MNCs) over the last two years. ECOVIS International partners also contributed data to the survey.

The tax landscape is highly dynamic and constantly changing. Building on the findings of past studies, the latest Tax Complexity Survey was published in June 2021. After assessing perceived tax complexity and the corporate income tax system in 2020 and conducting a detailed survey of 635 tax consultants from 110 countries, Professor Deborah Schanz and Professor Caren Sureth-Sloane discovered four key issues:

In 58 of 110 countries, tax complexity for MNCs has increased in the last two years. The study describes how difficult it is to read, understand and comply with tax regulations as well as how complex the legislative and administrative processes in different countries are. Due to the constant change and renewal of laws and regulations, a growing range of aspects need to be considered which strongly effect the complexity – closing loopholes, digitalisation, and global tax competition are only some of the most relevant points.

According to the study, of all the tax regulations examined, regulations on transfer pricing are perceived as the most complex part of the tax code for MNCs in 69 of 110 countries. To avoid taxes, companies charge higher prices to divisions in high-tax countries and lower prices in low-tax countries, even though intercompany transactions should be the same as if they were an outside transaction. What makes the regulations extremely complex is mainly the record keeping, which needs to comply with a high number of requirements.

The study also found that a lack of quality in the drafting of tax legislation is seen as the largest problem in the tax law enactment process in 85 of 110 countries. Enacting a law involves many steps until the regulation becomes effective. However, drafts of new regulations are often of rather poor quality due to complicated language and inaccurate translations. This makes the tax code even more difficult to comprehend and poses difficulties for consultants and business owners.

Until an appeal is finally resolved, some time may pass – too much time in the opinion of most respondents. This holds true at both administrative and judicial level and is a serious problem. Appeals may be drawn out over multiple years and consequently become very expensive.

Along with many others, ECOVIS International partners also contributed data to the study: “Our clients confirm the presented findings”, says tax advisor and chartered accountant Alexander Weigert from the ECOVIS International Management Board. “We all know: there will never be a tax declaration on a beer mat for a medium sized company. But multinationals need a lot of resources to manage their tax duties, and a well-working global network of specialists to comply with all regulations.”

With its interdisciplinary network of almost 9,000 people operating in more than 80 countries, the global consulting network ECOVIS International offers advice and expertise, particularly in the field of international transactions and investments. Tax complexity is a prevalent topic for all businesses and ECOVIS International knows how best to approach it. 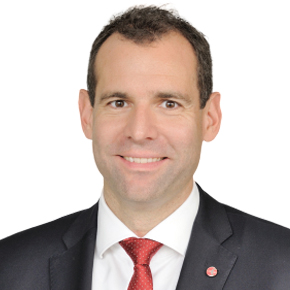